It was the Oxford University Scout and Guide club that organised the first Witan, held in 1959 at Gilwell. The name Witan means ‘Meeting of the wise’, and it was a collaboration of European universities, whether Scout or Guide.

One of the main aims of the camp was to show to the visitors the activities and skills of the Movement in UK Universities. It led to a better understanding of each other’s cultures in both the context of University Scouting and Guiding and life at large. Most of the visitors stayed as guests with the British clubs before going to Witan, where they were introduced to English food. At the opening ceremony, there were flags from all of the representatives: Austria, Belgium, Finland, Germany, Great Britain, Greece, Holland, Norway and Switzerland. There the camp chief said, ‘it was surely the most intellectual gathering to meet at Gilwell’!

There was a total of 85 people at this camp, and they were sorted into Patrols to help mix the nationalities and genders. Each had an elected leader and they took part in the activities as a patrol.

Some of the activities they did were:

Most nights they had ‘English and Scottish Country dancing’ and Campfires which they took in turns to lead. They were also visited by the Mayor and Mayoress of Chingford and the Bishop of Fulham.

Jumping forward to the 1984 Witan in Italy, the Gadaffy ‘Duck’ plate was presented by the Libyan Scouts from their Jamboree to all the countries that attended the Witan camp as a token of friendship.

Witan became part of the Student Scout and Guide culture, occurring in a different country on an average of every two years. But over the course of the ‘90s attendee members dropped, leaving the 2000 event to be cancelled. For many years afterwards the event remained dormant.

During 2007 Witan Revisited was launched, in the hope to revive the event for a 2009 international camp. This was eventually pushed forward into what was the 2012 Witan in Switzerland. SSAGO’s international relations had become obsolete, while attempts were made to invite a range of international Student Scouts and Guides none attended this Witan.

In 2016, SSAGO ran another Witan, taking National SSAGO to Berlin, Germany. They camped for a week and took part in various activities and a full programme over the week. You can take a look at Witan 2016 here. 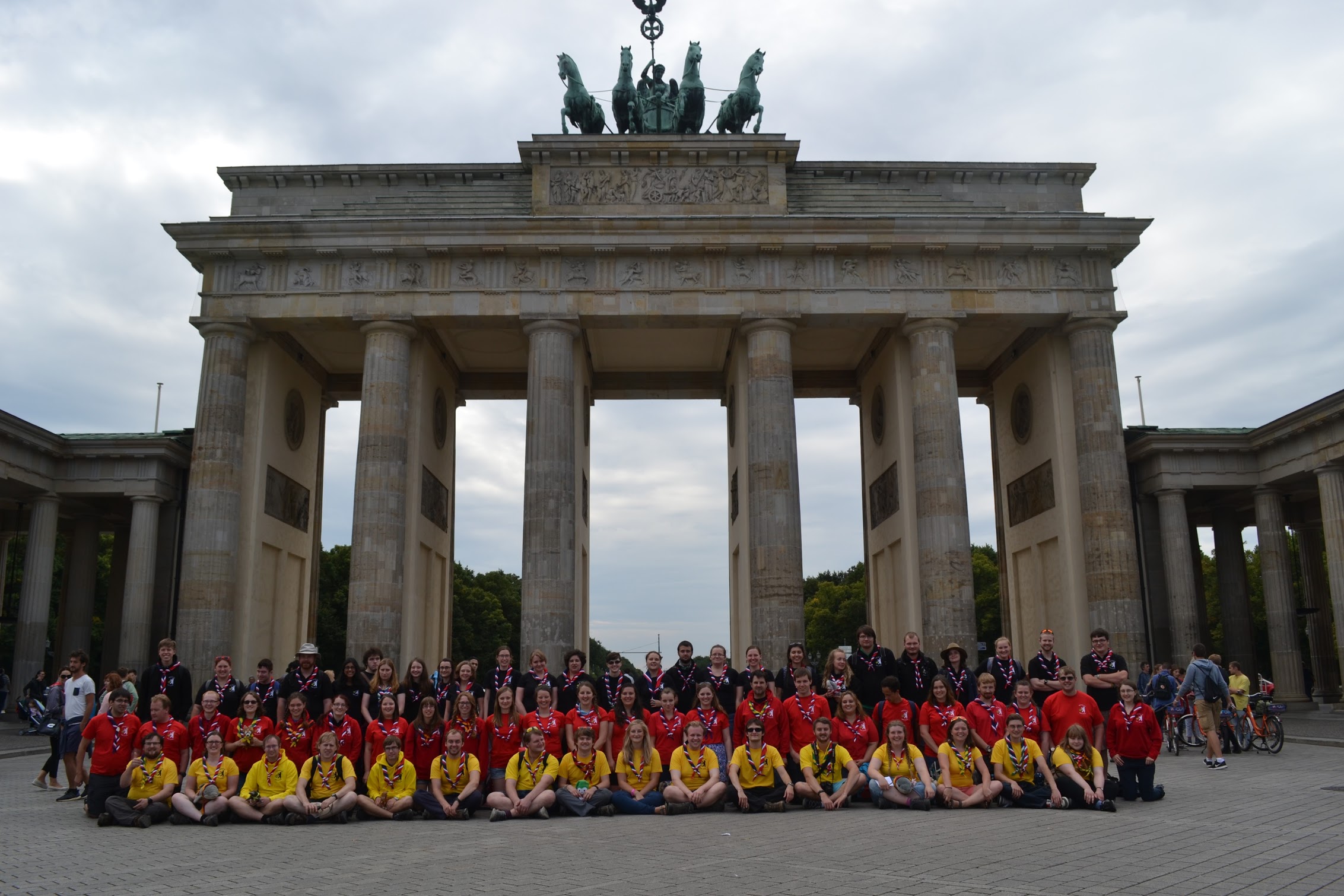 Flag break at the 1967 Witan hosted in the Netherlands, Tony Crackett who attended the camp notes:

“Each country took it in turns to organise the ceremony. Continental practice is to raise the flags. The site had a single flagpole so what you see in the picture is a temporary second flagpole with a rope between the tops of the two poles and the flags hanging at intervals. Each contingent brought their own national flag, so France (with one attendee) had the largest flag and the UK the smallest. When the UK’s turn came round we organised a flag break. Unfortunately everyone pulling their flags simultaneously was enough to bring the whole arrangement to the ground." 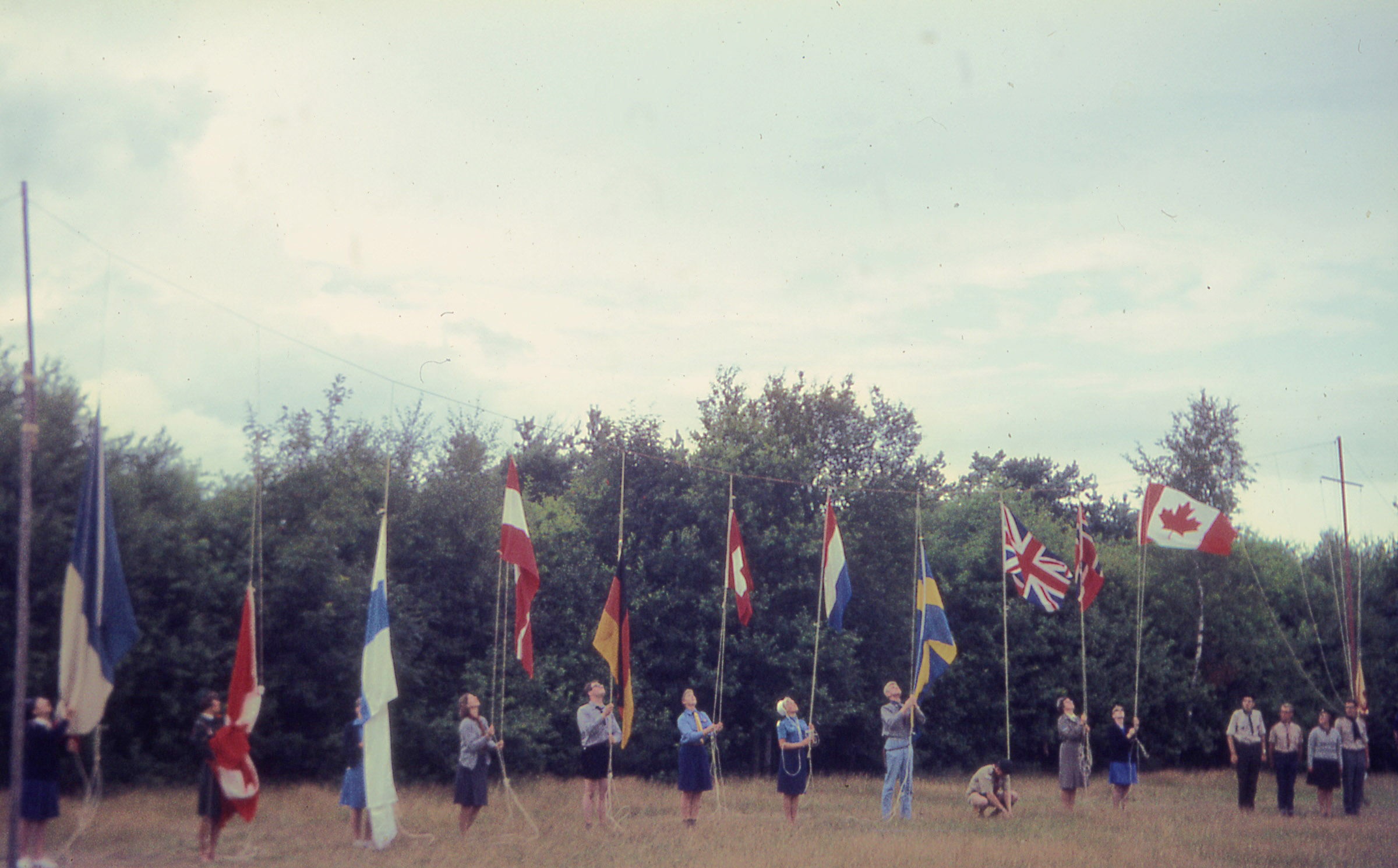 News cutting from the 1959 Witan hosted in England by the Oxford Scout and Guide Club. Can you spot some differences or similarities? 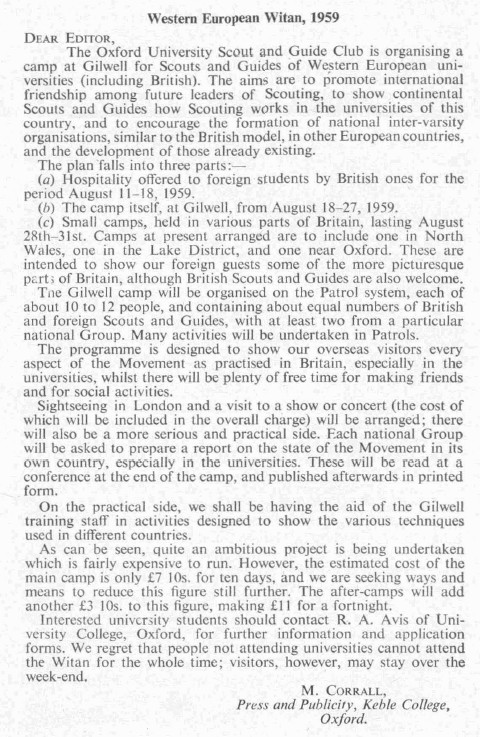 Pennant flags from the 1959 Witan hosted by the Oxford Scout and Guide Club in England. It was a tradition to design and give each attendee a pennant to mark the event. This originated from national rallies and continued as late into the 20th century as the 1980s! The tradition most likely changed into badges while over time pennants became obsolte. 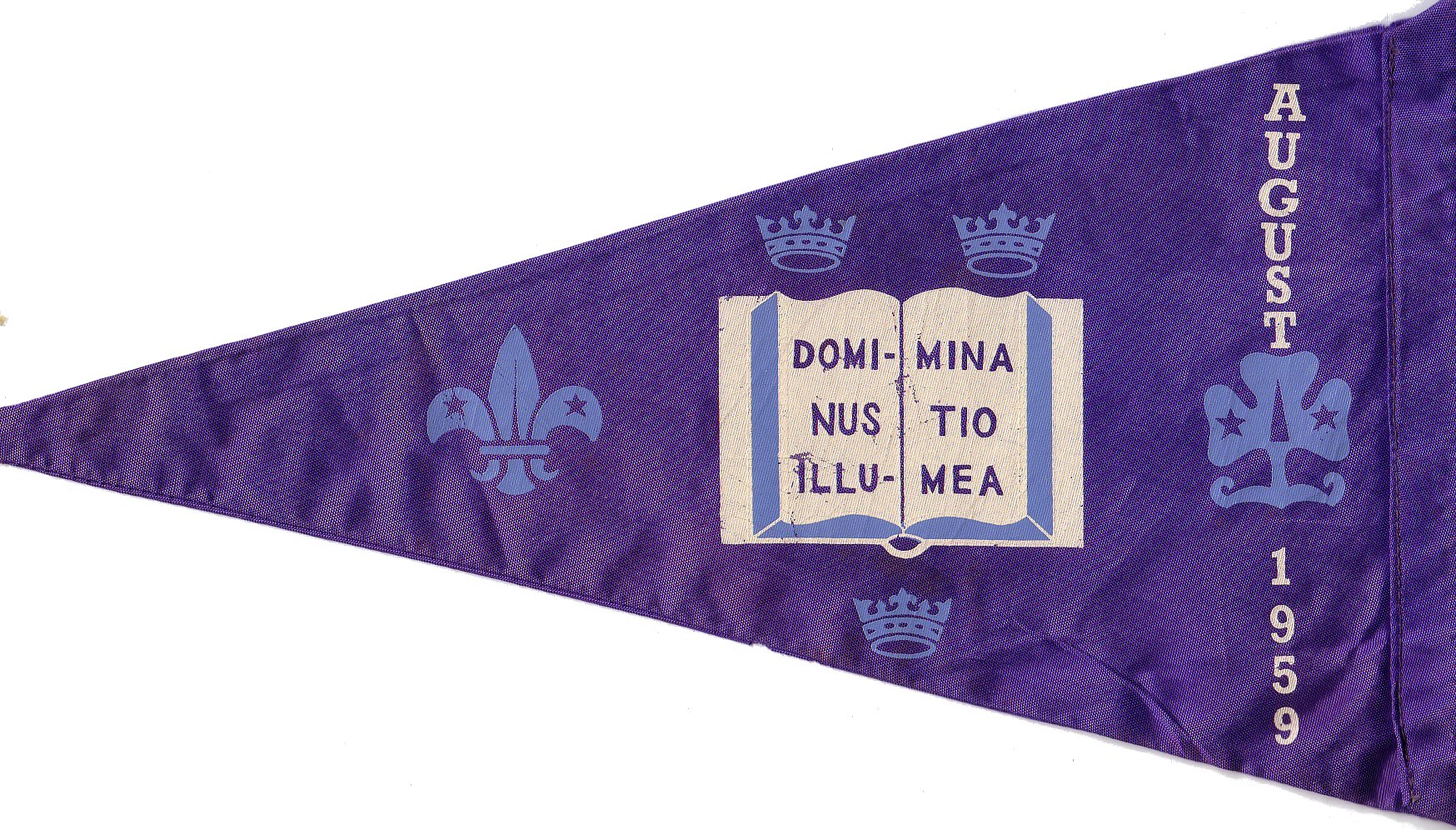 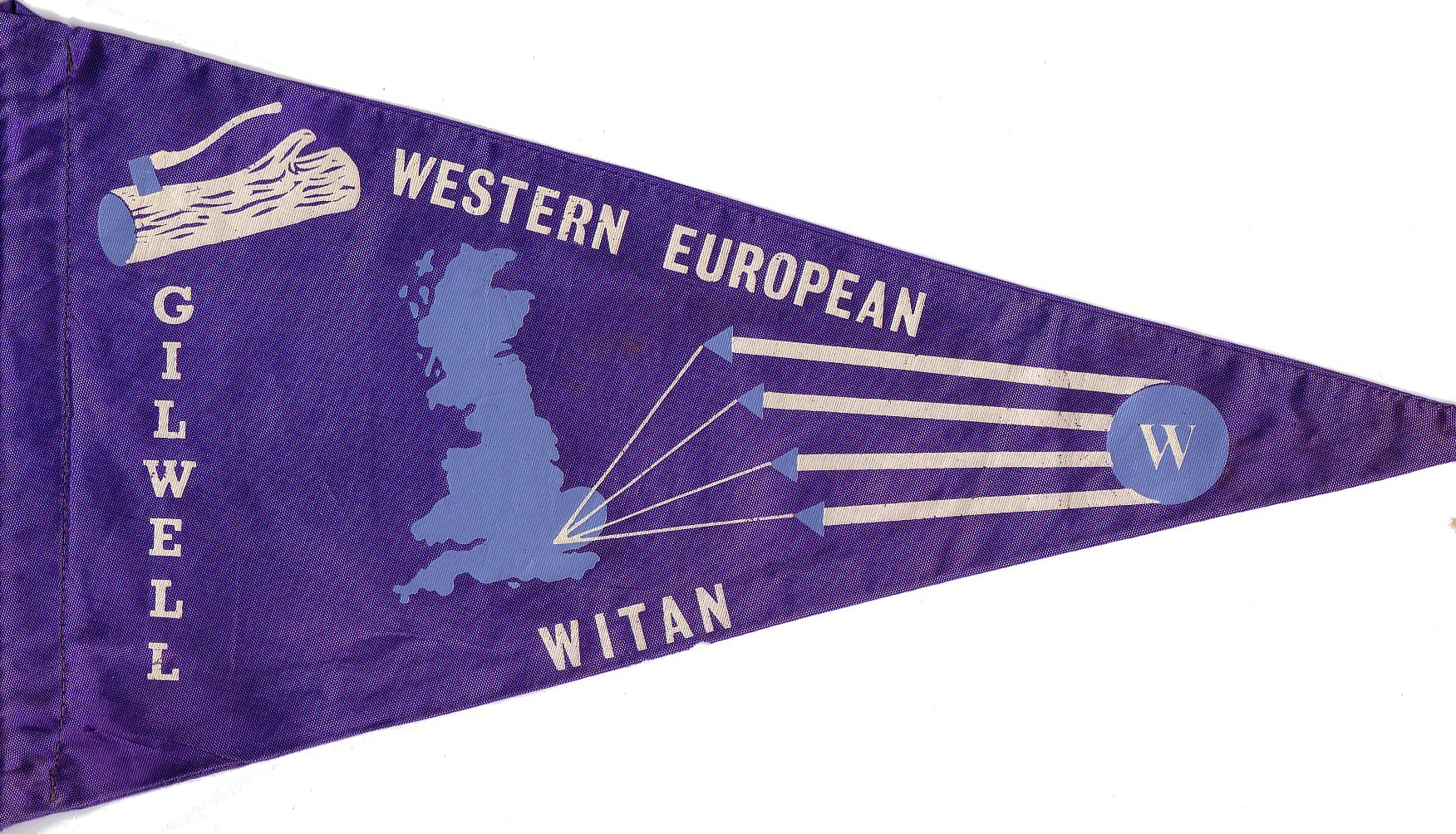 All images are from the SSAGO archives

If you experience any issues in the booking process, please contact webmaster@ssago.org.